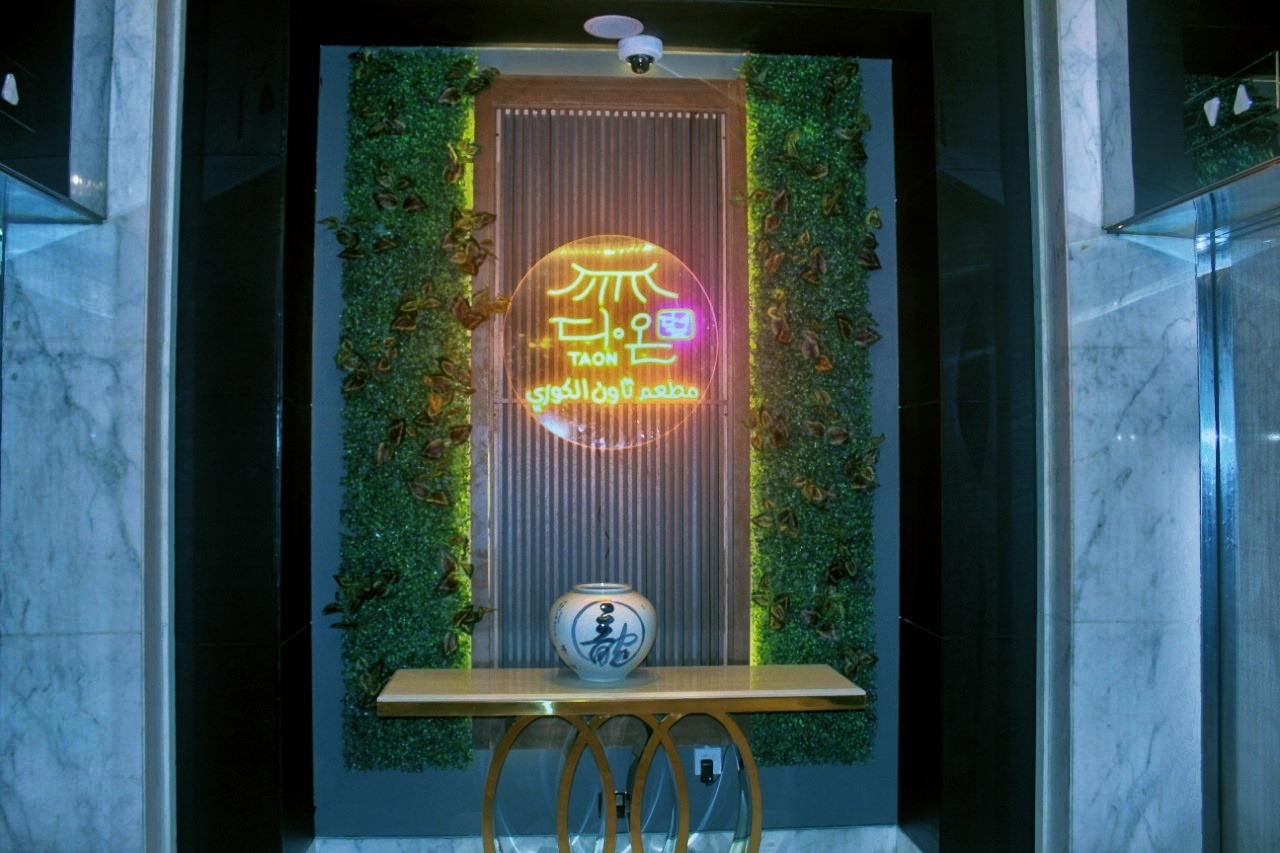 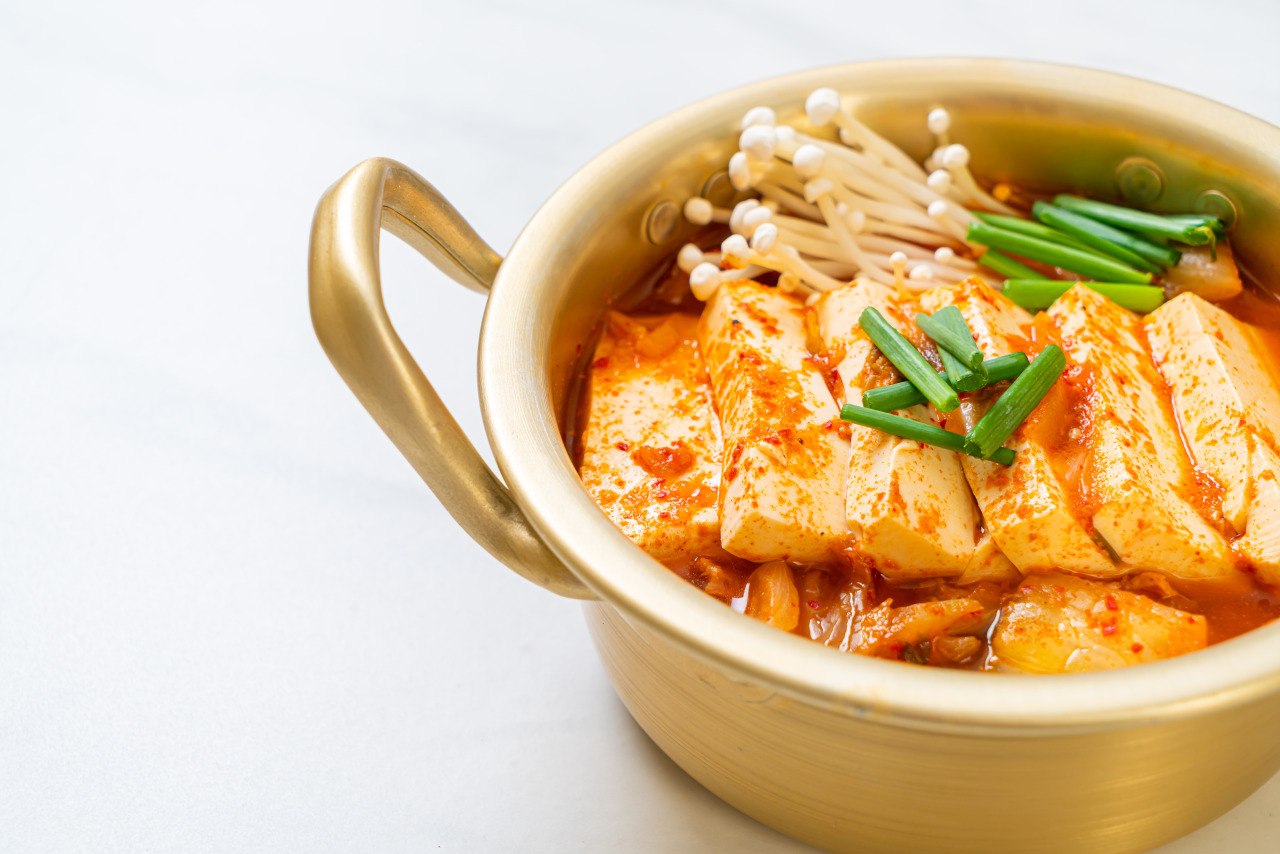 Sundubu-jjigae is a spicy Korean stew made with dubu (tofu), vegetables, mushrooms, fish, beef or pig, and gochujang, which is served in a huge stone bowl (chili paste). Some ingredients are taken out, substituted, or added to the mix depending on the chef and location. Although there are many variations, a raw egg is customarily placed on top of the stew and stirred with the broth before serving to enhance taste. 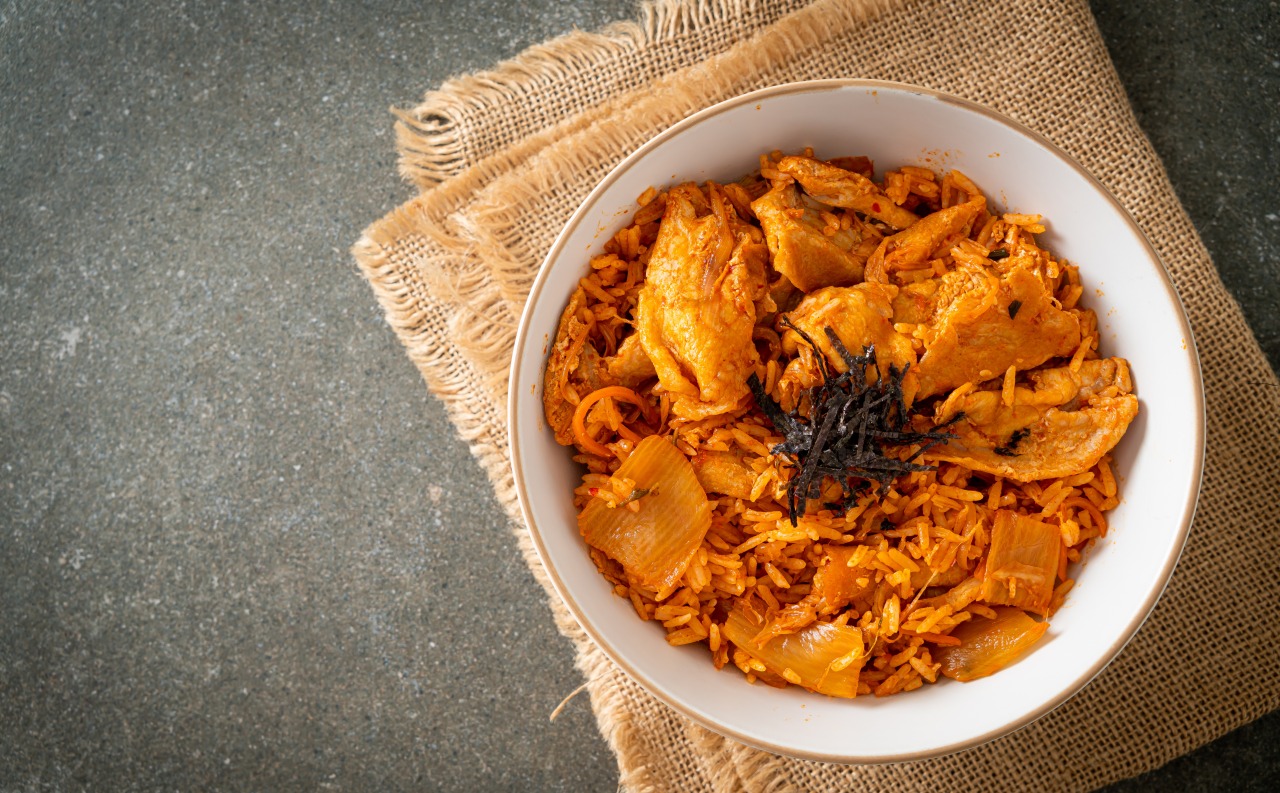 Kimchi is a spicy and sour fermented vegetable dish that is one of the oldest and most important dishes in Korean cuisine. It can be made with a variety of components, but cabbage is the most typical major ingredient. Foreigners love kimchi because of has distinctive flavor, as well as its excellent nutritional value, fiber content, and low calorie level. However, it is particularly popular among Koreans because of its cultural significance. Dinner would be incomplete without kimchi. 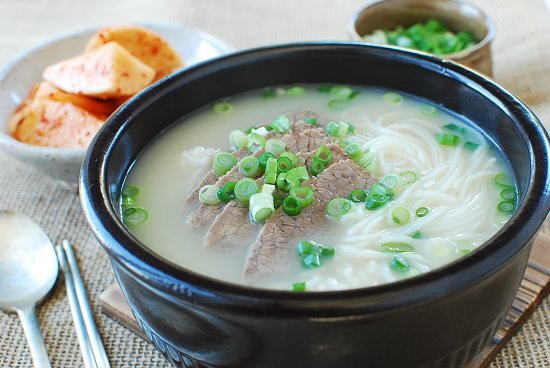 Seolleongtang is a classic hot Korean soup made with ox bones, ox flesh, and briskets. It is often seasoned with salt, crushed black pepper, chopped green onions, or minced garlic, depending on the preferences of the consumer. The soup has a milky white, hazy appearance and is frequently served with rice. Most Korean restaurants in Seoul serve Seolleongtang, which is famed for its soft yet chewy texture and rich broth. Korean fried chicken reinvents the classic American fast food with its own distinct flavor. Unlike its American equivalents, the chicken is covered in a sweet and spicy sauce before being double-fried in vegetable oil. Some restaurants add green pepper to the batter for a stronger kick. As a result, the inside of the meat is extremely moist, while the lightly battered skin is crispy and free of greasy. It’s a popular late-night snack that’s usually accompanied by a glass of beer. 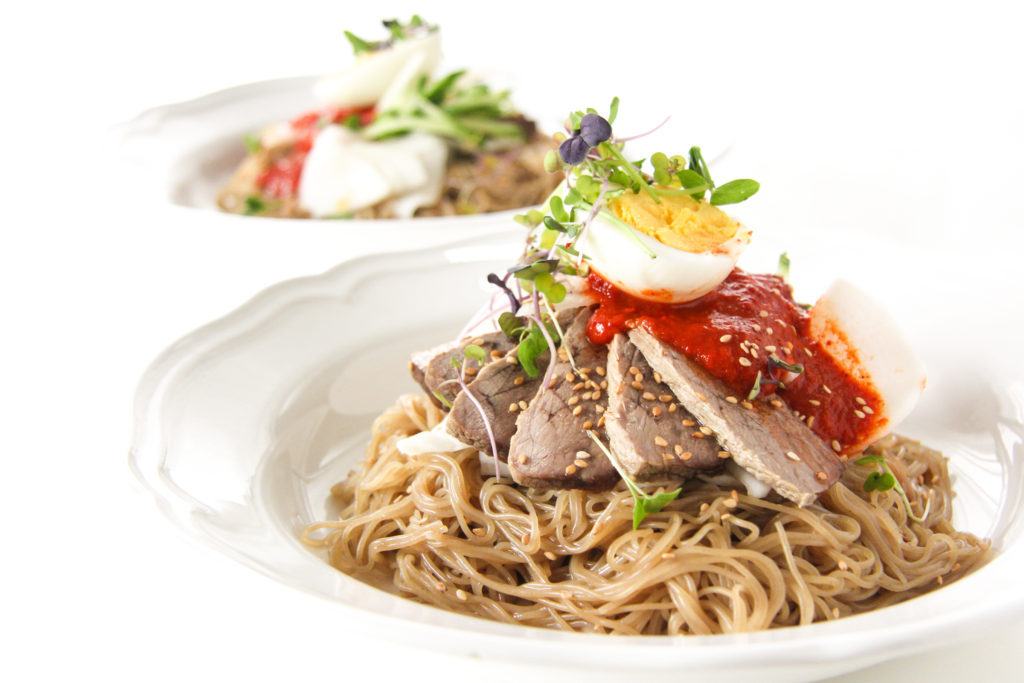 In a stainless steel bowl, bibim is served with a cold broth, julienned cucumbers, Korean pear slices, boiled egg, and cold boiled beef slices. Flour and buckwheat or sweet potatoes are used to make the long and thin noodles, however seaweed and green tea are also used in some varieties.

The noodles are generally served without cutting, symbolizing longevity and good health, although diners can request that the noodles be cut according to their preferences. 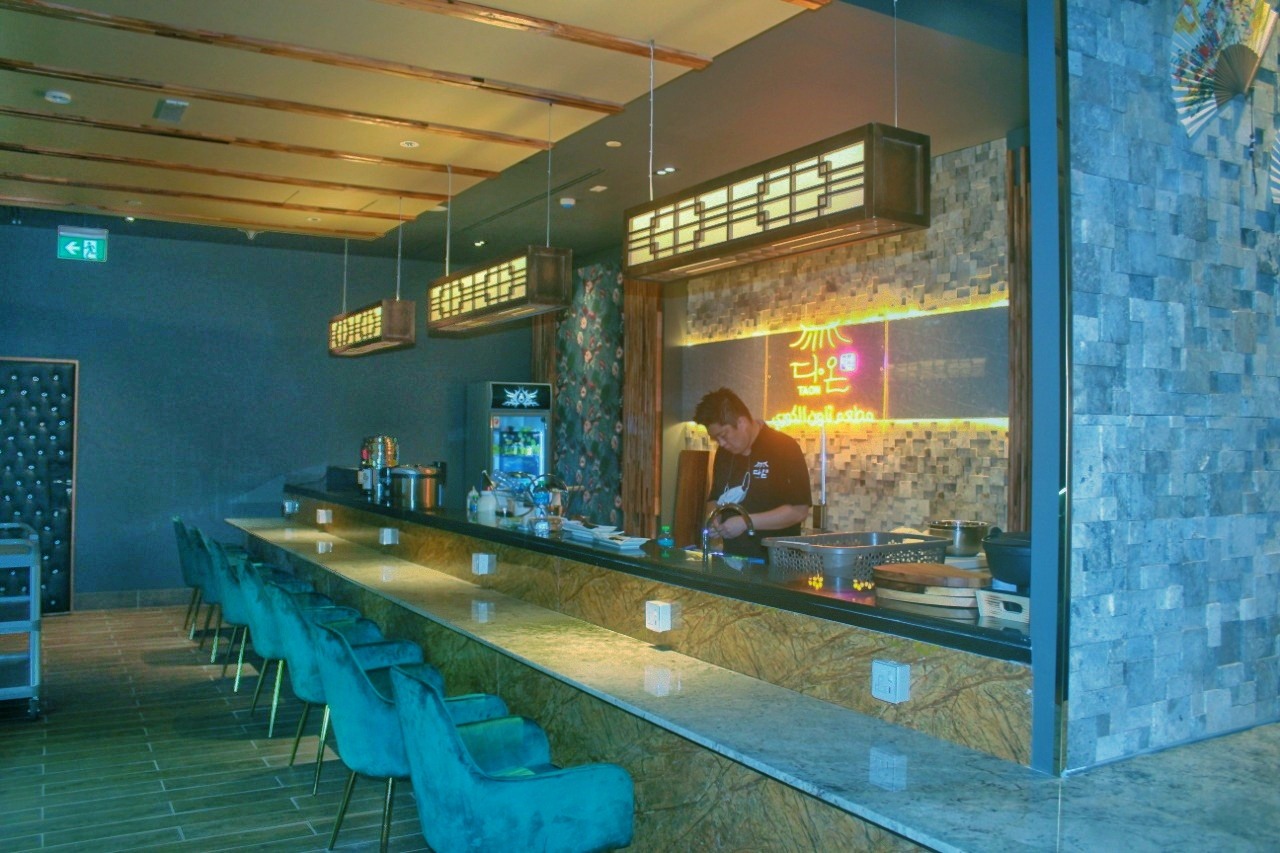 However, we had a delicious lunch, and I learned a few things about Korean cuisine. Both the meal and the service were wonderful. I know where to go in the UAE when I want to taste authentic Korean cuisine. I hope you enjoyed learning about my Korean culinary experiences, these restaurants are strongly recommended. To Make Your Korean Food Experience Better One of the Best Korean Restaurants in Abu Dhabi. 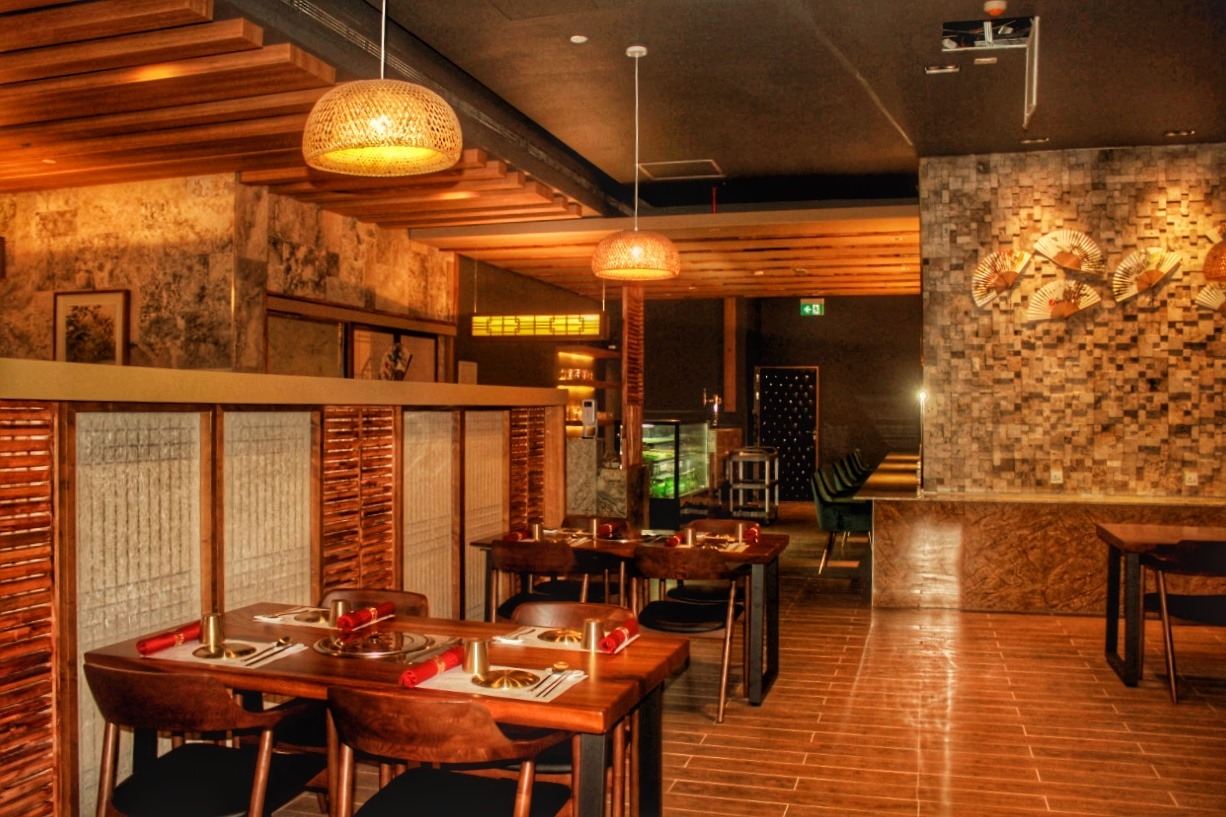 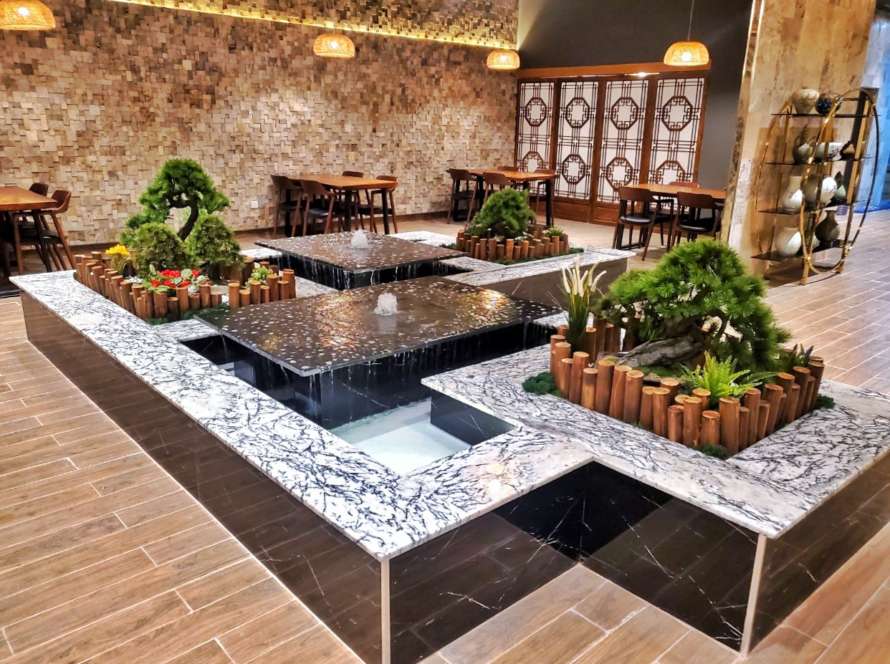